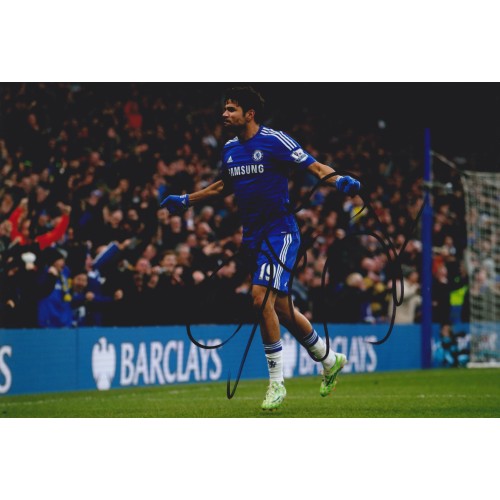 Diego da Silva Costa ( born 7 October 1988), known earlier in his career simply as Diego, is a professional footballer who plays for English club Chelsea and the Spanish national team. He plays as a striker and has been described by pundits as a player whose main attributes are his physicality, goalscoring and ability to keep possession. He began his career with Braga and Penafiel in Portugal, and was signed by Atlético Madrid in 2007. He was loaned back to Braga, and then to Celta and Albacete before being sold to Valladolid in 2009. He returned to Atlético the following season and went on to play a key role in their attack, scoring 27 goals as they won the league title in 2014, and then joined Chelsea for £32 million. He scored 20 goals in his first season in England, winning the Premier League and League Cup. Internationally, Costa played twice for Brazil in 2013, but later declared his desire to represent Spain, having been granted Spanish citizenship in September 2013. He made his début for his adopted nation in March 2014, and was selected for that year's World Cup.