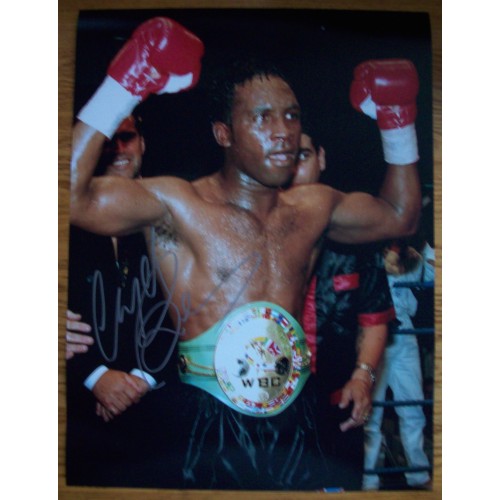 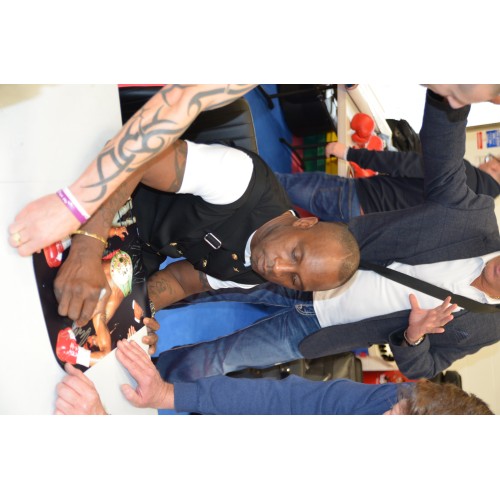 A 16 x 12 inch colour photograph of Nigel Benn signed by Nigel Benn in silver marker pen on the 24th October at a private signing (Nigel Benn at Signing not the actual image your bidding on but the item was at the same signing session).

Nigel Benn (born January 22, 1964) is a British former boxer who held world titles at both middleweight and super middleweight and was known as "The Dark Destroyer." He also served in the British Army. He attended Loxford School of Science and Technology, Ilford, Greater London. Now he lives in Mallorca (Spain) with his family.