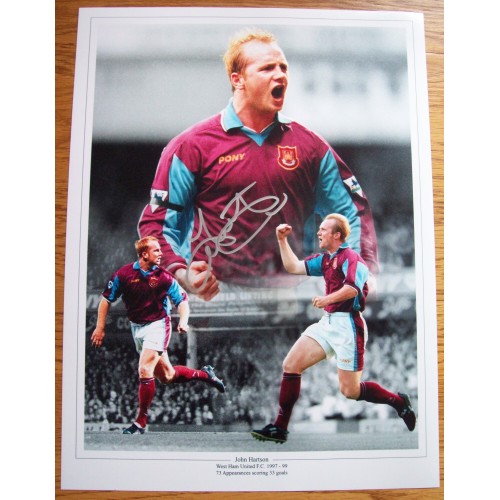 A 12x16 inch montage photograph of John Hartson whilst at West ham Utd from 1997 -99 where he made 73 appearences scoring 33 goals, signed by John Hartson in silver marker pen.

John is a former Welsh international footballer who played as a striker, best known for his spells with Arsenal, Celtic & West Ham. Hartson also featured prominently for Wales, earning 51 caps until his international retirement in 2006. He retired from professional football after being released by West Bromwich Albion in January 2008.