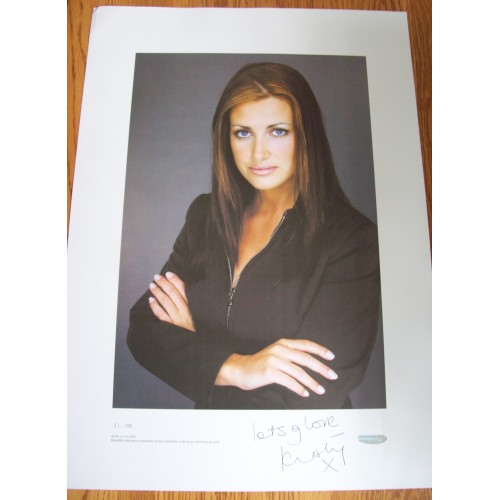 Kirsty is a Scottish television presenter & In May 2011 Kirsty Gallacher returned to Sky Sports to present for Sky Sports News.

Wanting to be a fashion journalist, Gallacher graduated from the London College of Fashion in journalism and promotion. Approached by Mark Sharman, then deputy head of sport at SkyTV, at a golf awards ceremony, she began working as a production assistant in 1996, before moving on to the position of editorial assistant on Sky Sports.She gother presenting break on Sky Sports News in 1998, and since then has been associated with many other sports shows such as 90 Minutes, Soccer Extra, Kirsty and Phil (on BBC Radio 5 Live) and Soccer AM. Now hoping to contend in the BBC Strictly Come Dancing hit TV show, now a presenter on Sky Sports.