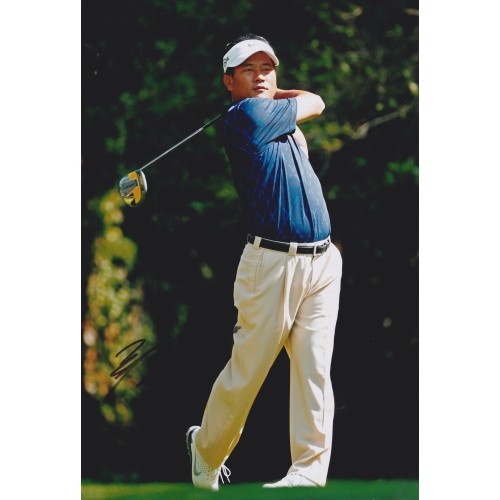 An 8x12 inch photograph of K J Choi in action, signed by K J Choi in black marker pen. Choi Kyung-Ju ( born 19 May 1970), commonly known as K. J. Choi, is a South Korean professional golfer who currently plays on the PGA Tour. Since turning pro in 1994, he has won a total of twenty professional golf tournaments worldwide, including eight on the PGA Tour, making him Asia's most successful golfer. His most notable victory came at the 2011 Players Championship, and he has spent 40 weeks in the top-10 of the world rankings