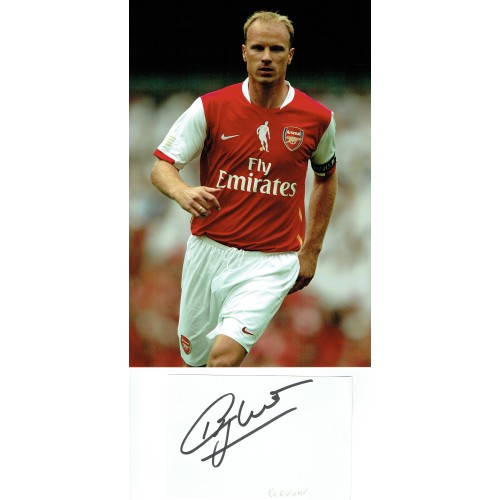 Dennis Bergkamp Signed 4x6 Card together with an 8x12 photograph in action for Arsenal.

Dennis Nicolaas Maria Bergkamp (born 10 May 1969) is a former Dutch professional footballer, who is the assistant manager at Ajax. Originally a wide midfielder, Bergkamp was moved to main striker and then to second striker, where he remained throughout his playing career. Bergkamp has been described by Jan Mulder as having "the finest technique" of any Dutch international and a "dream for a striker" by teammate Thierry Henry at Arsenal.