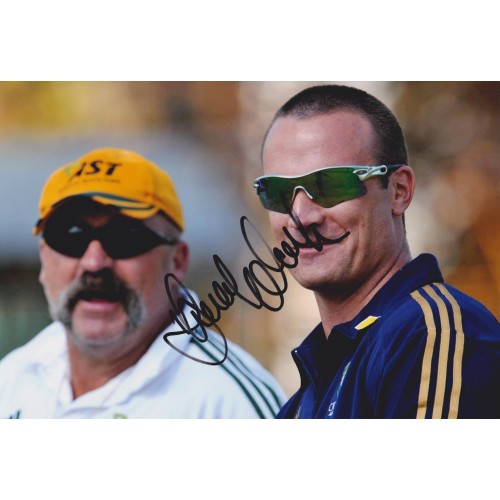 An 8x12 photograph of Stuart Clark with Merv the swerve Hughes in the background. Signed by Stuart Clark in black marker pen.

Stuart Rupert Clark is a former Australian cricketer who played for New South Wales and the Australian team. He was a right-arm fast-medium bowler. His nickname "Sarfraz" originates from the similarities of his bowling style to Sarfraz Nawaz.