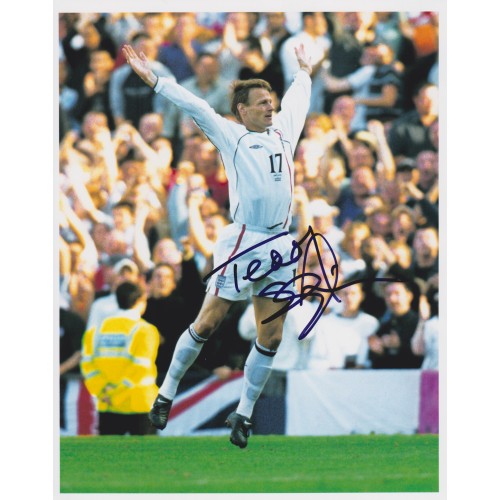 Edward Paul "Teddy" Sheringham MBE (born 2 April 1966) is an English football manager and former player who is currently the manager of Stevenage.Sheringham played as a forward, mostly as a second striker, in a 24-year professional career. Sheringham began his career at Millwall, where he played between 1983 and 1991, before joining First Division Nottingham Forest. A year later, Sheringham scored Forest's first ever Premier League goal, and was signed by Tottenham Hotspur. After five seasons at Spurs, Sheringham joined Manchester United where he won three Premier League titles, one FA Cup, one UEFA Champions League and, in 2001, was named both the PFA Players' Player of the Year and FWA Footballer of the Year. The pinnacle of his career came when he scored the equaliser and provided the assist for Manchester United's winning goal in the 1999 UEFA Champions League Final against Bayern Munich. After leaving Manchester United at the end of the 2000–01 season, Sheringham re-joined Tottenham Hotspur, where he was a losing finalist in the 2001–02 Football League Cup. He spent one season at newly promoted Portsmouth, scoring the club's first Premier League goal, before joining West Ham United, where he helped the club gain promotion from the 2004–05 Football League Championship. The following season, Sheringham appeared for West Ham in the 2006 FA Cup Final, becoming the third-oldest player to appear in an FA Cup Final. Sheringham is currently the ninth-highest goalscorer in Premier L