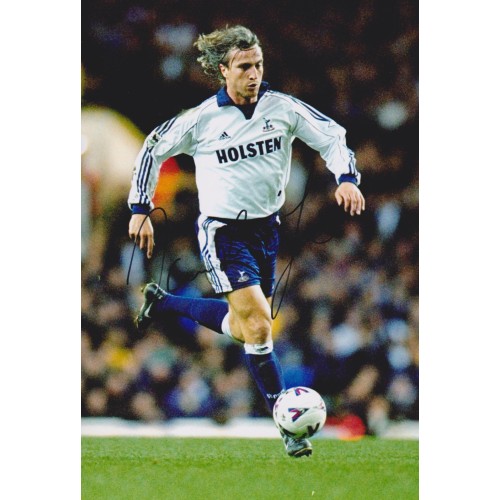 Tottenham Hostpur signed Ginola in July 1997 for £2.5m, he was named PFA Players' Player of the Year and FWA Footballer of the Year, while playing for Tottenham Hotspur. He also won his only English domestic trophy with Spurs, the 1999 League Cup with a 1-0 victory over Leicester City at Wembley Stadium.