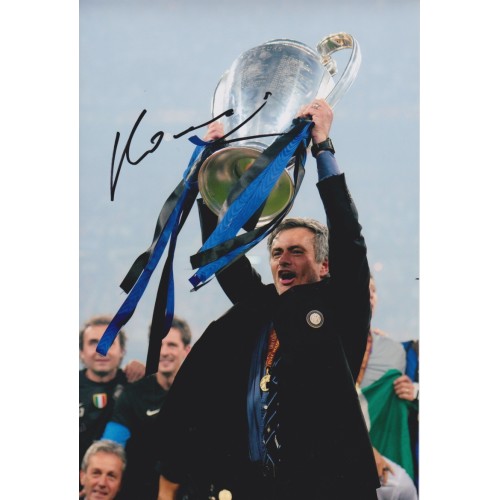 An 8x12 photograph of Jose Mourinho holding the Champions League Trophy for Internazionale in the 2009/10 season. Signed by The Special one Jose Mourinho in black marker pen.

Jose Mourinho is a Portuguese football manager and former football player who is the current manager of Chelsea. He is regarded by a number of players, coaches, and commentators as the world's best manager and as one of the greatest managers of all time.