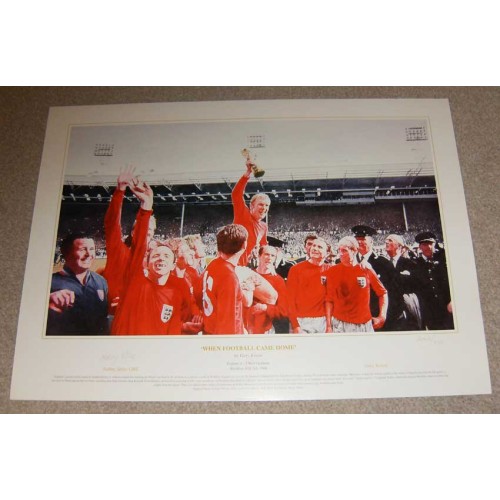 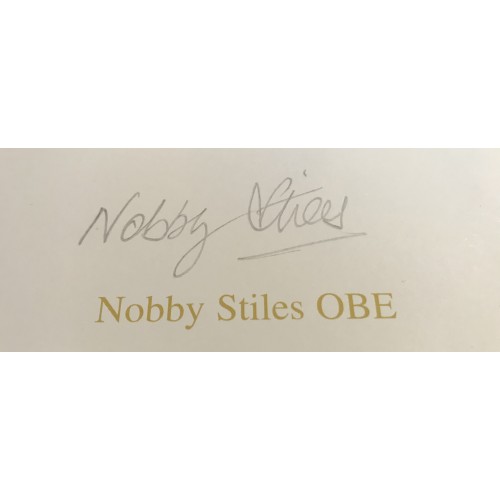 Norbert Peter Stiles MBE (18 May 1942 – 30 October 2020) was an English footballer and manager. He played for England for five years, winning 28 caps and scoring one goal. He played every minute of England's victorious 1966 FIFA World Cup campaign. In the semi-final of that tournament against Portugal, he was given the job of marking the prolific Eusébio. His tough performance resulted in Eusébio being practically nullified for the entire game. Stiles also played in the final, which England won 4–2 against West Germany. His post-match dance on the Wembley pitch, holding the World Cup trophy in one hand and his false teeth in the other, was widely broadcast. Stiles spent the majority of his club career for Manchester United, spending eleven years at Old Trafford, where he became renowned for his tough tackling and ball-winning qualities. Jonathan Wilson, writing for The Guardian in 2013, labelled Stiles as a type of holding midfielder he described as a "destroyer", a player who is primarily tasked with running, winning back possession, and distributing the ball to other players. With the Red Devils, he won two League titles and one European Cup. Stiles is one of only three Englishmen, alongside Bobby Charlton and Ian Callaghan, to have won both the World Cup and European Cup. Stiles also had short spells with Middlesbrough and Preston North End.