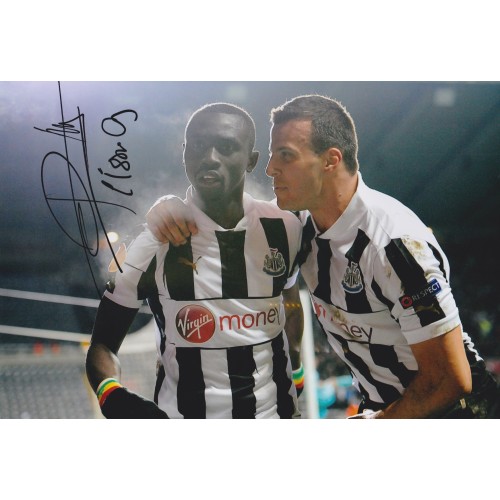 An 8x12 inch photograph of Papiss Cisse celebrating scoring a goal with Matthew Taylor, signed and inscribed by Papiss Cisse in black marker pen.Papiss Demba Cisse (born 3 June 1985) is a Senegalese footballer who plays as a striker for Newcastle United and the Senegal national team. He holds the record of most goals scored by an African player in a single Bundesliga campaign  22 league goals in the 201011 season. That same season, Cisse won the EFFIFU award for being the most efficient striker in the league.