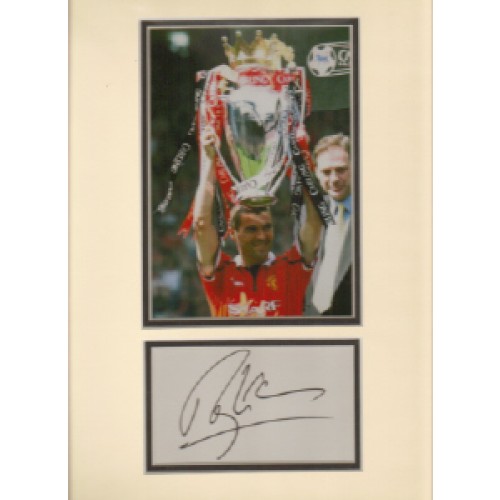 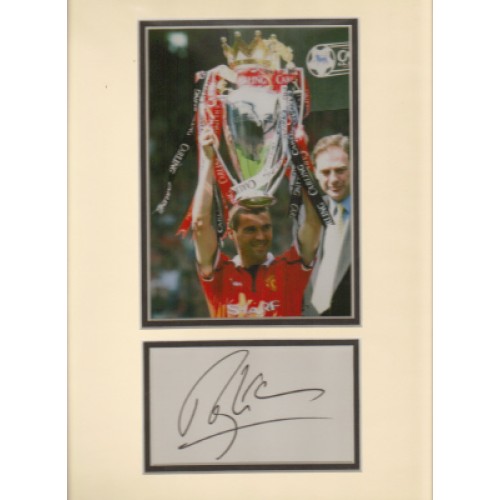 Roy Keane signature with Man Utd Photo mounted to an overal size of 10x12. Keane is a retired Irish footballer and the manager of English Championship club Ipswich Town. In his 18-year playing career, he played for Cobh Ramblers in the League of Ireland, Nottingham Forest and Manchester United (both in England), before ending his career with a brief spell at Celtic in Scotland.