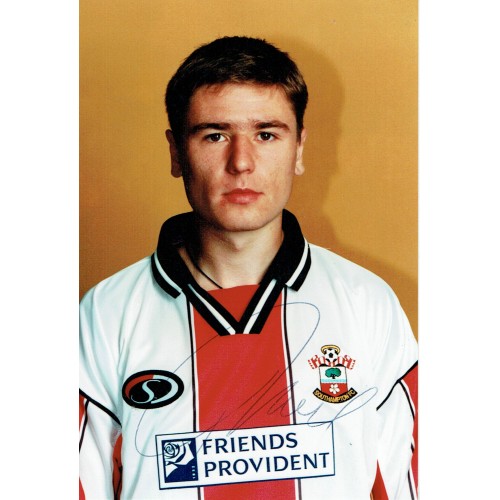 Marians Pahars (born 5 August 1976) is a  Latvian former footballer and manager. He spent most of his career as a striker with Southampton in the Premier League and with Skonto in the Latvian Higher League.

His Latvian given name is Marians; however, he was generally known as Marian during his career in England.

bid now for this 6x4 autographed photo of the man himself standing proud in red and white. Bid now!