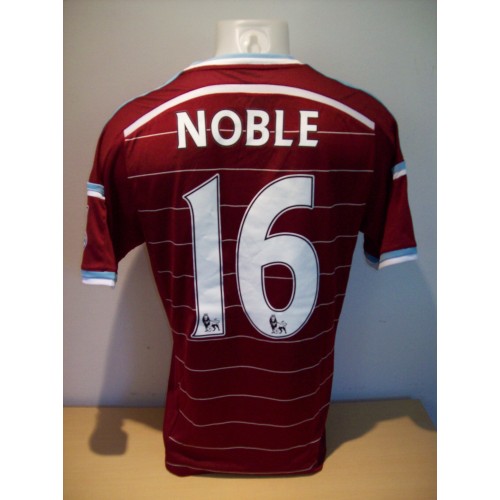 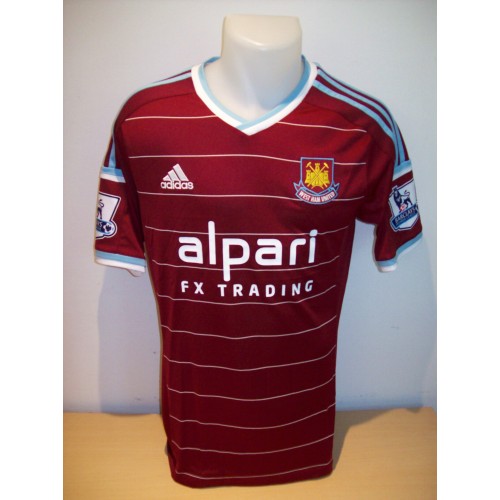 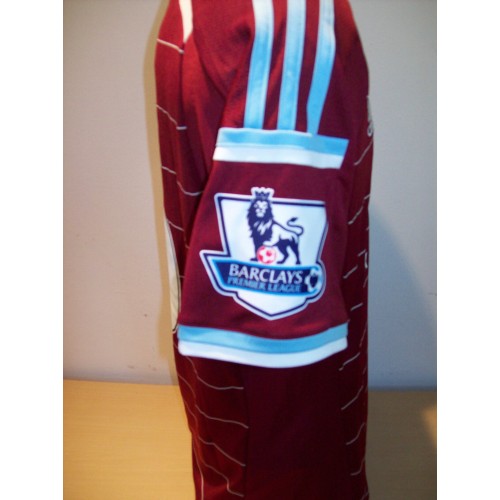 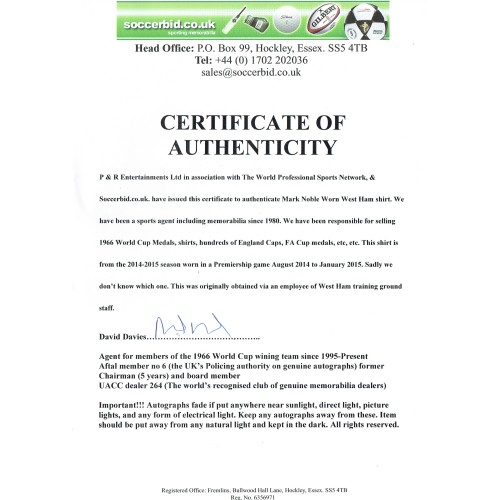 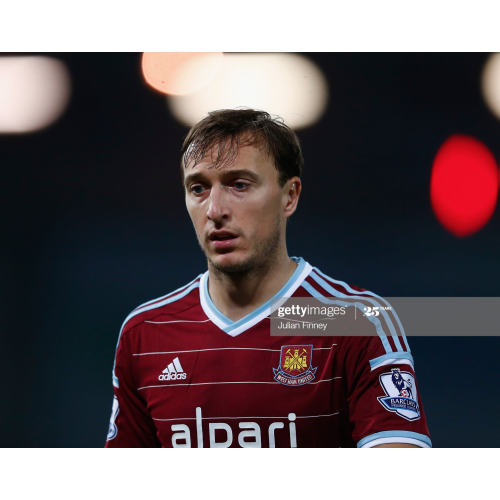 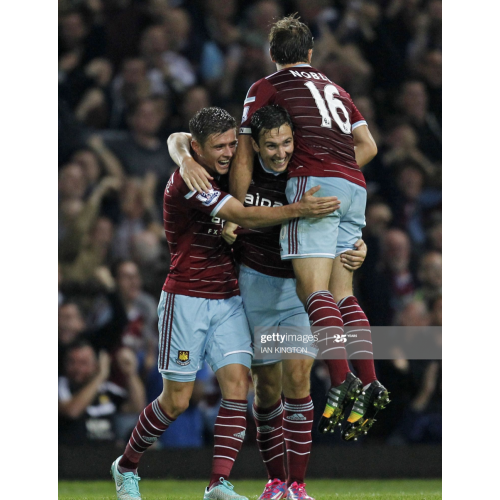 This shirt was obtained via an employee of West Ham training ground staff.

PLEASE NOTE PHOTOGRAPHS OF MARK NOBLE IN ACTION ARE COPY RIGHTED TO GETTY IMAGES AND NOT TO BE COPIED OR USED.

Mark Noble is an English professional football player who currently plays for West Ham United. He has played all his youth and first team football for West Ham and made 20 appearances, scoring 3 goals, for the England under- 21 team which he captained. Known as Mr West Ham.