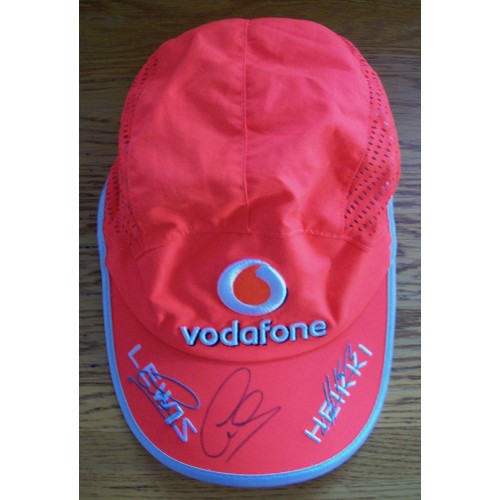 Lewis Carl Davidson Hamilton MBE HonFREng (born 7 January 1985) is a British racing driver who races in Formula One for Mercedes-AMG Petronas Motorsport. A six-time Formula One World Champion, he is widely regarded as one of the greatest drivers in the history of the sport, and considered by some to be the greatest of all time. He won his first drivers' title with McLaren in 2008, before moving to Mercedes in 2013, with whom he has won a further five titles. One of the most successful drivers in the history of the sport, Hamilton's six World Championship titles is the second-most of all time, as is his tally of 83 race victories and 150 podium finishes. He currently holds the records for the all-time most career points (3399), the all-time most pole positions (87), the most grand slams in a season (3) and the most points in a season (408).