Sterling Moss Autograph a Signed Page Together With an 8x10 Photograph 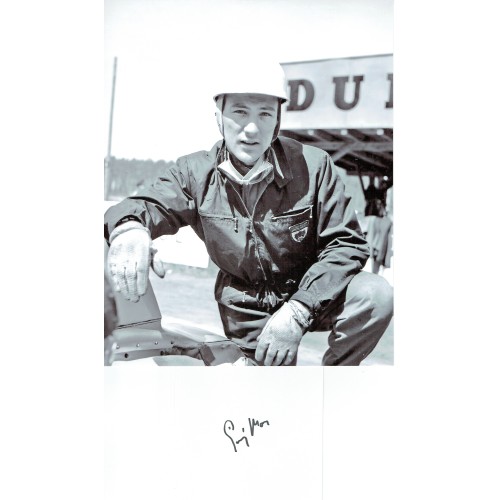 Sterling Moss Autograph a Signed Page Together With an 8x10 Photograph of Sterling in a typical pose in his race overalls & helmet.

Sir Stirling Craufurd Moss, OBE was a British Formula One racing driver. An inductee into the International Motorsports Hall of Fame, he won 212 of the 529 races he entered across several categories of competition and has been described as "the greatest driver never to win the World Championship"