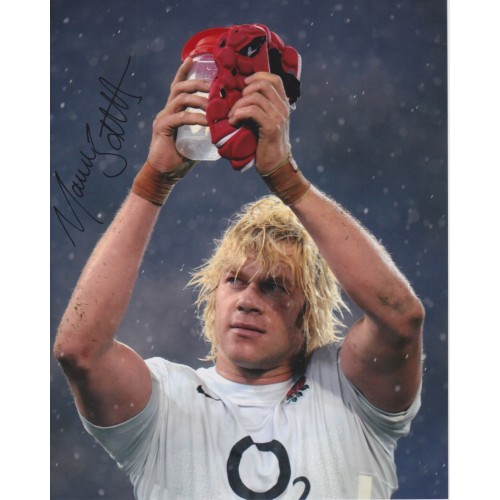 An autographed 8x12 inch photograph of Mouritz Botha after 2012 Six Nations signed in black marker pen.
Mouritz Botha (born 29 January 1982 in Vryheid, Kwazulu-Natal Province, South Africa) is a rugby union player who plays for Saracens in the Aviva Premiership. He joined English club Bedford Blues in 2006 and made 73 appearances before moving to Saracens F.C. in 2009. Botha was named in the 2011 England Saxons squad for the Churchill Cup after qualifying for England on residency grounds. In 2011 he was selected in the England 44-man squad for the 2011 World Cup and made his England debut in the 23–19 England victory over Wales. Botha played in every game of England's 2012 Six Nations campaign, ultimately helping them to a second place finish.