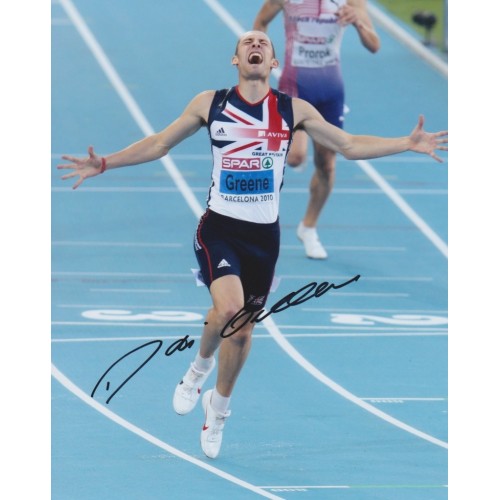 An 8x12 inch photograph of Dai Green in the 2010 European Championships in Barcelona, signed by Dai Green in black marker pen.

David "Dai" Greene (born 11 April 1986) is a Welsh hurdler who specialises in the 400 metres hurdles event and competes internationally for both Wales and Great Britain. He is the second fastest British man over the 400 m hurdles, behind the British record holder, Kriss Akabusi. Greene is the current Commonwealth and World Champion. He is also the former European Champion from the 2010 championships after choosing not to defend his title in the run up to London 2012 Olympics.