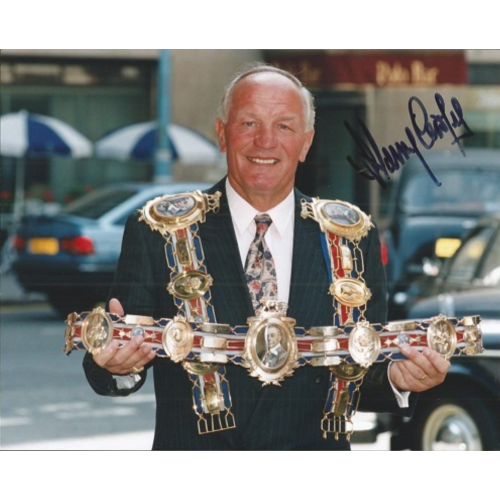 Sir Henry Cooper OBE KSG (3 May 1934  1 May 2011) was an English heavyweight boxer known for the effectiveness of his left hook, "Enry's 'Ammer", and his knockdown of the young Muhammad Ali. Cooper held the British, Commonwealth and European heavyweight titles several times throughout his career, and unsuccessfully challenged Ali for the world heavyweight championship in 1966.