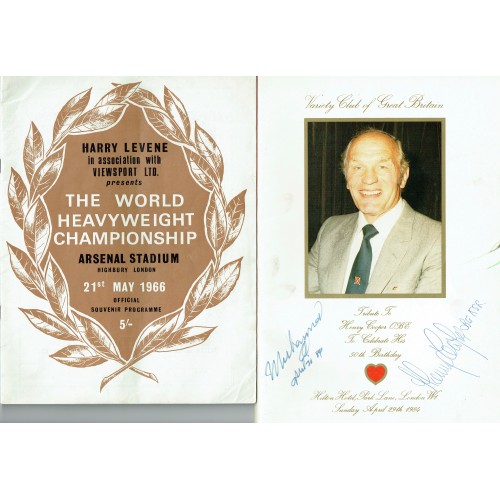 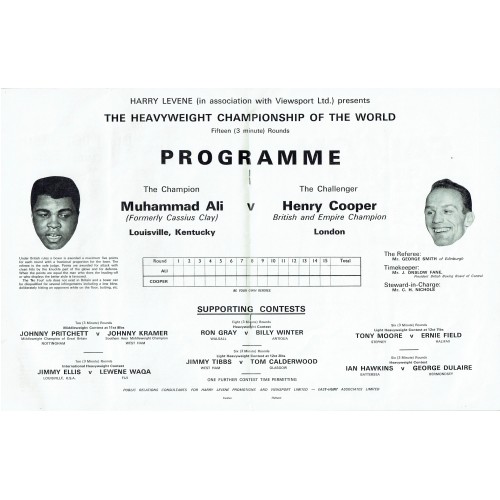 Muhammad Ali & Henry Cooper Dual Signed Henry Coopers 50th Birthday program signed on the front cover by Muhammad Ali who has dated it April 30 84 it has also perportedly has Muhammad Ali's finger prints on the side when he was holding the programme (but no evidence to back this up), Henry Cooper has signed the programme and added OBE and some other letters? rare as this was prior to him being knighted as a Sir together with an original fight programme from the fight at Highbury Stadium on the 21st May 1966, the programe still has the coloured tale of the tape flyer (RARE).