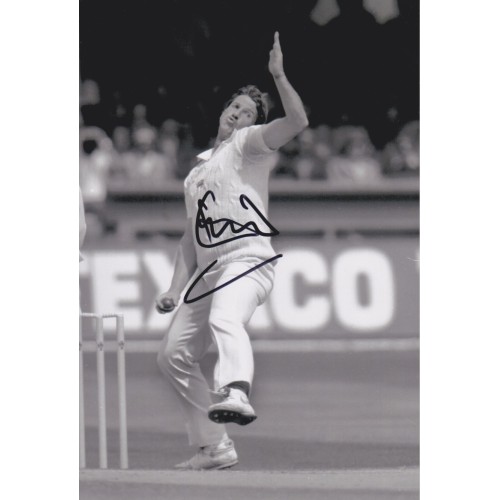 Beafy was a genuine all-rounder with 14 centuries and 383 wickets in Test cricket, and remains well known by his nicknames 'Beefy' and 'Guy the Gorilla'. While a controversial player both on and off the field at times, Botham also held a number of test cricket records, and still retains the highest number of wickets taken by any England bowler.