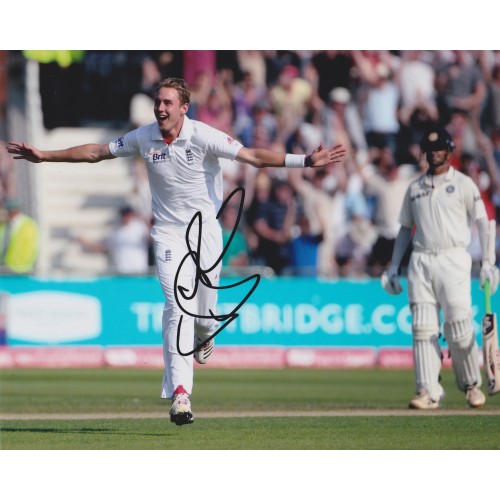 Stuart is a cricketer who plays Test and One Day International cricket for England. A left-handed batsman and right-arm seam bowler, Broad's professional career started at Leicestershire, the team attached to his school, Oakham School; in 2008 he transferred to Nottinghamshire, the county of his birth and the team for which his father played. In August 2006 he was voted the Cricket Writers' Club Young Cricketer of the Year.

Broad was awarded the Man of the Match in the fifth Test of the 2009 Ashes series at the Oval, after figures of 5/37 in the afternoon session of the second day. On 30 July 2011, at the Nottingham Test match against India, he achieved a Test match hat trick in the process gaining his then best Test figures of 6–46.