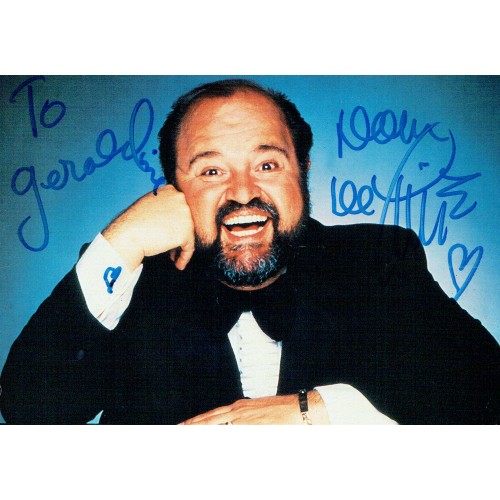 Dom Deluise Autographed 4x6 Photo. Signed & dedicated to Geraldine in black sharpie across the front of the photograph.

Dominick DeLuise (August 1, 1933 – May 4, 2009) was an American actor, voice actor, comedian, director, producer, chef and author. He was the husband of actress Carol Arthur and the father of actor, director, pianist, and writer Peter DeLuise, and actors David DeLuise and Michael DeLuise.[1] He starred in a number of movies directed by Mel Brooks, in a series of films with career-long best friend Burt Reynolds, and as a voice actor in various animated films by Don Bluth.