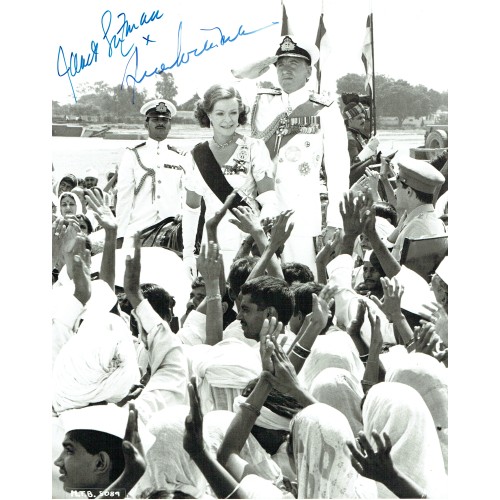 The image is of Edwina (Janet Suzman) & Mountbatten (Nicol Williamson) at Viceroy's House for the swearing-in ceremony.

Lord Mountbatten: The Last Viceroy is a British television series which first aired on ITV in 1986. It depicts Lord Mountbatten's time as Supreme Commander, South-East Asia in the Second World War, and then as Viceroy of India shortly after the war in the days leading up to Indian independence. The Film was shot in Sri Lanka.