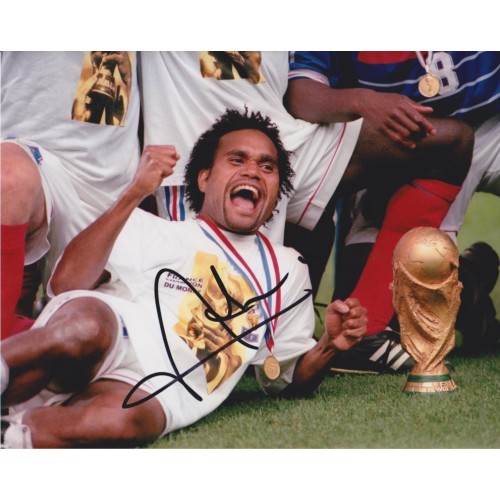 Christian Karembeu was a vital player in the French team that won the 1998 World Cup. In Euro 2000, he was on the squad as well but played only one game. He compiled 53 caps in his career, earning his first one in1992.

Bid now for this 8x10 photo signed by Christian Karembeu.