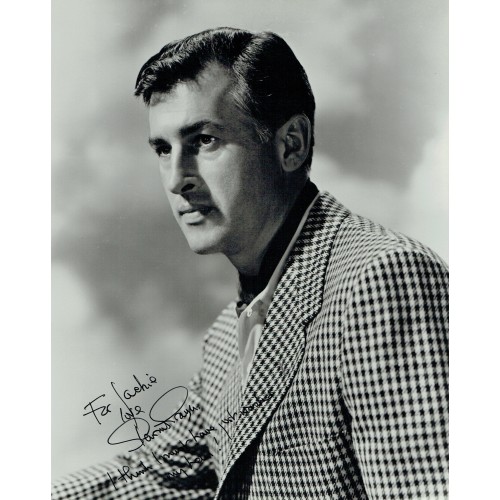 Stewart Granger autograph signed 8x10 photograph with some beautiful added words 'For Jackie Love, Stewart Granger. I think I must Have Just Washed My Hair!'.

Stewart Granger (born James Lablache Stewart; 6 May 1913 – 16 August 1993) was an English film actor, mainly associated with heroic and romantic leading roles. He was a popular leading man from the 1940s to the early 1960s, rising to fame through his appearances in the Gainsborough melodramas.