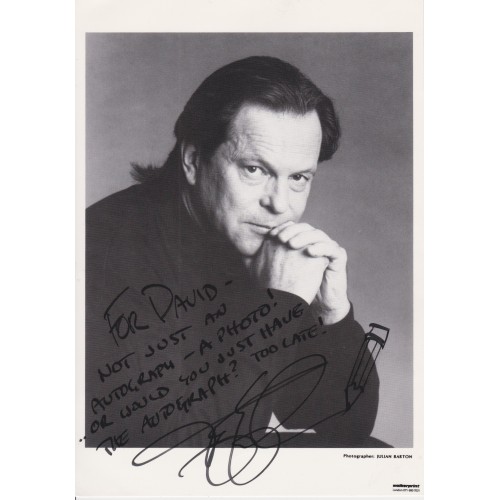 An 8x6 black and white portrait photograph signed by film director Terry Gilliam. Best known as one of the original members of the anarchic comedy troupe Monty Python, he has directed some fantastic films including 12 Monkeys, Brazil, and The Fisher King. He has written on the photo "For David, not just an autograph-a photo! ....or would you just have the autograph? Too late!" He has also added a sketch of a pencil to his autograph. Good condition.