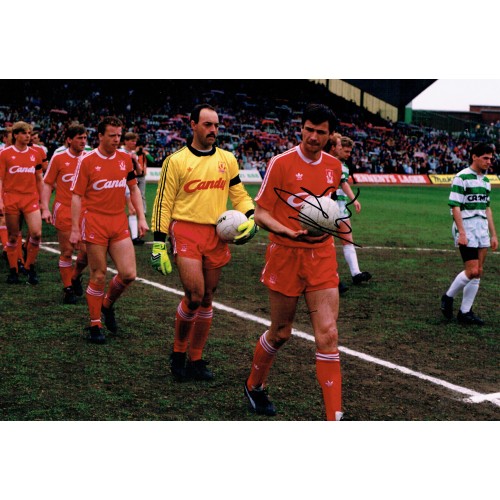 An 8x12 photograph of Alan Hansen in action for Liverpool. signed by Kop Legend Alan Hansen in black marker pen. Alan David Hansen (born 13 June 1955 in Sauchie, Clackmannanshire, Scotland) is a Scottish former football player and BBC television football pundit. He played as a central defender for Partick Thistle, Liverpool and Scotland. As a pundit, Hansen has acquired a reputation for his critical and analytical approach to the game, particularly in regard to defending.