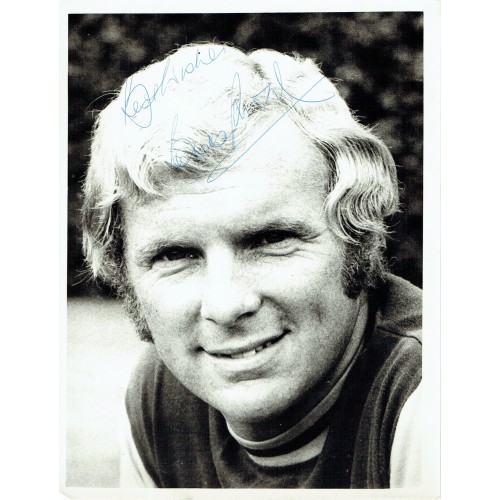 Bobby Moore played most of his career for West Ham United making 647 appearances for the club. He won the 1975 FA Cup and the 1980 FA Cup in which he scored the only goal. He was also the club's player of the season on four occasions and caretaker manager on two occasions in 2003. Brooking played 47 times for England, scoring five times. He was appointed a Member of the Order of the British Empire (MBE) in 1981, elevated to Commander of same order (CBE) in 1999, and knighted in 2004. In 2009 a stand at Upton Park was named after Brooking.