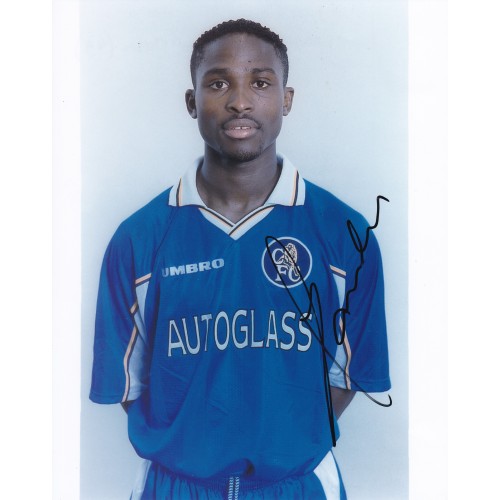 Celestine Hycieth Babayaro Nigerian former footballer who played as a defender or as a midfielder.

Babayaro spent the majority of his career playing in the Premier League, mainly for Chelsea from 1997 to 2005, and then later for Newcastle United, from 2005 to 2008.

Bid now for this 8x10 Photo signed by Celeste Babayaro.