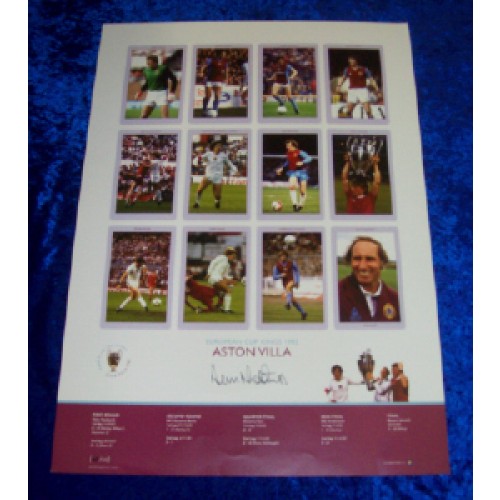 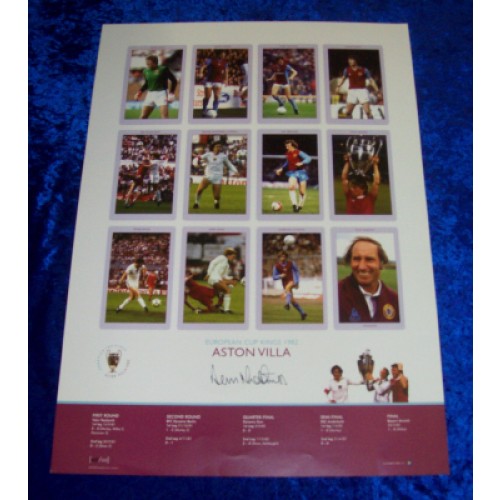 A Limited Edition No 448/500 23x16 inch European Cup Kings 1982 Poster Signed By Dennis Mortimer In Black Marker Pen. Dennis is an English former footballer and distinguished captain of Aston Villa.Mortimer began his career with Coventry City, where he came through the ranks and made over 200 appearances as a promising midfielder. It was his accomplished displays for Coventry which attracted the attention of several top clubs, and he joined Villa in 1975. Mortimer captained Villa to the European Cup in 1982. A 10 victory against Bayern Munich in the De Kuip Stadium was courtesy of a Peter Withe goal. From 1975 to 1985 he made 403 appearances for Villa scoring 36 goals.