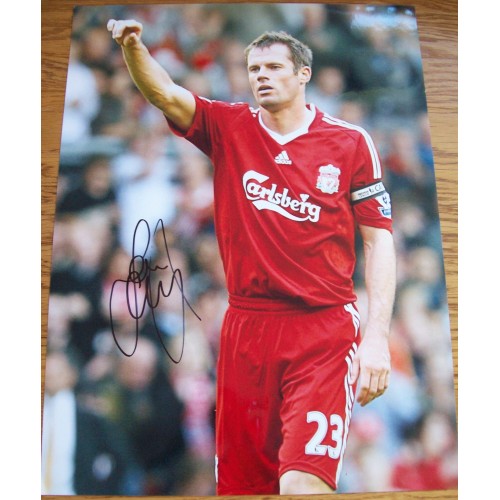 Jamie Carragher 12x16 inch photograph of Jamie in action for Liverpool, signed by Jamie Carragher in black marker pen. James Lee Duncan "Jamie" Carragher (born 28 January 1978) is a retired English footballer who played as a defender for Premier League side Liverpool for 17 years. A one-club man, he was Liverpool's vice-captain for 10 years, and is the club's second- longest ever serving player, making his 737th appearance for Liverpool in all competitions on 19 May 2013. Carragher also holds the record for the most appearances in European competition for Liverpool with 150. Now a pundit on Sky Sports with Gary Neville.