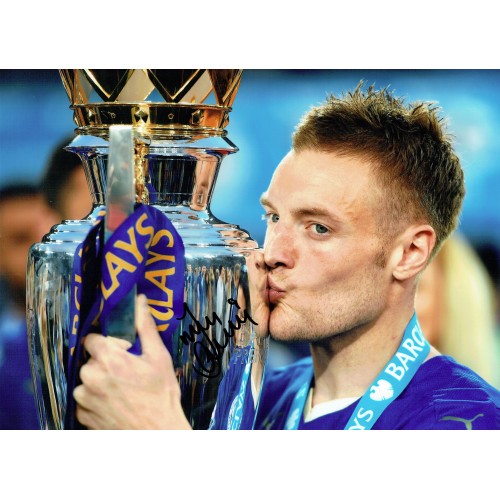 Jamie Richard Vardy (born 11 January 1987) is an English professional footballer who plays for Premier League club Leicester City and the England national team. He plays as a striker, but can also play as a winger. After being released by Sheffield Wednesday at the age of sixteen, Vardy began his senior career with Stocksbridge Park Steels, breaking into the first team in 2007 and spending three seasons before joining Northern Premier League side Halifax Town in 2010. Scoring 26 goals in his debut season, he won the club's "Player's Player of the Year" award, then moved to Conference Premier side Fleetwood Town in August 2011 for an undisclosed fee. He scored 31 league goals in his first season at his new team, winning the team's "Player of the Year" award as they won the division. In May 2012, Vardy signed for Leicester City in the Football League Championship for a non-league record transfer fee of £1 million, and represented the club in the Premier League after winning the Championship in 2014. He scored in a record eleven consecutive Premier League matches in 2015, breaking Ruud van Nistelrooy's record, and made his international debut earlier in the same year.