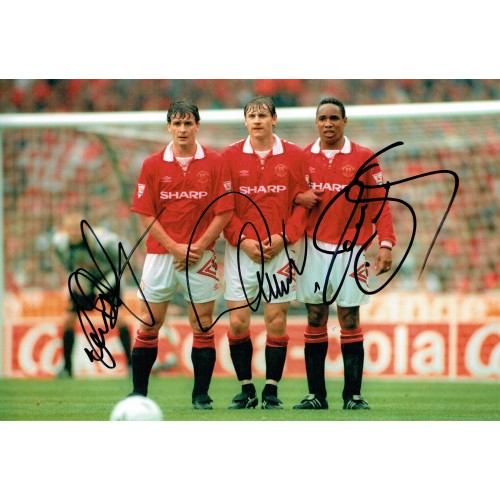 The match took place on a rainy May afternoon, and, in the first half, Chelsea were the better team. Gavin Peacock had the best chance of the opening 45 minutes when his half-volley hit the crossbar. In the second half, Manchester United took over with three goals in the space of nine minutes; two almost identical penalties by Eric Cantona and a shot by Mark Hughes, following a slip by Chelsea defender Frank Sinclair. Brian McClair scored a late fourth following an unselfish pass by Paul Ince. Referee David Elleray has since stated that he regrets giving the second penalty to Manchester United, stating "It was my big game and I made a disappointing decision." This triumph was Manchester United's eighth success in the competition, matching the record set by Tottenham Hotspur three years earlier. Chelsea, despite losing their first FA Cup final since they won the trophy 24 years earlier, qualified for the 1994–95 UEFA Cup Winners' Cupas United had also won the Premier League title and would be competing in the UEFA Champions League. It was the third time that Mark Hughes (a member of the 1985 and 1990 FA Cup winning sides) had collected an FA Cup winner's medal. However, his teammate Bryan Robson was not included in the squad for the final and missed out on the chance of collecting his fourth winner's medal. Hughes won a fourth FA Cup winner's medal three years later with Chelsea.