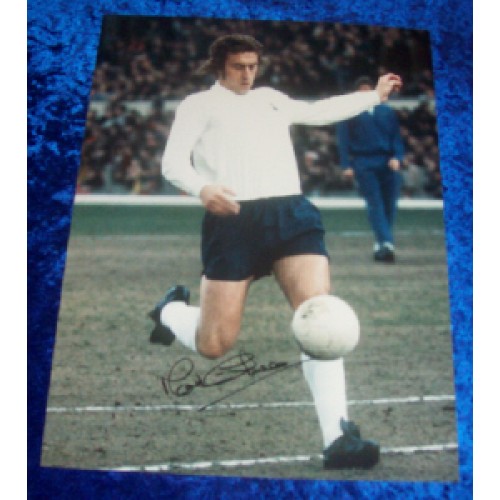 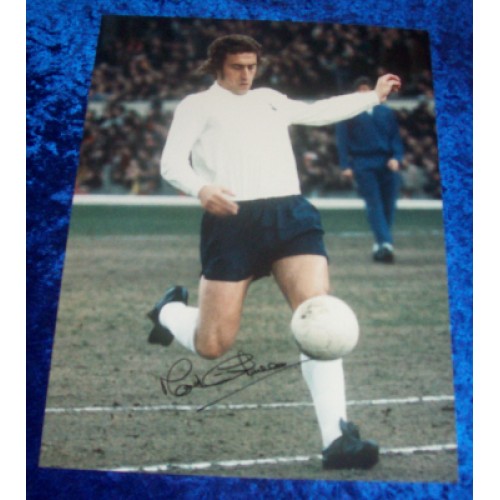 Martin Chivers 12x16 inch photograph of Big Chiv in action for Spurs signed by Martin Chivers in Black Marker pen. Martin is a retired English professional footballer from the 1960s and 1970s. Chivers attended Taunton's Grammar School, Southampton, and wrote to his local club, Southampton for a trial. He spent a brief period in the club's nursery side, CPC Sports, and signed as a professional footballer in September 1962, making his debut against Charlton Athletic on 8 September 1962 (aged 17). He failed to score on his debut and his first goal came in a 4-1 defeat by Newcastle United on 6 April 1963 in his third first-team appearance.