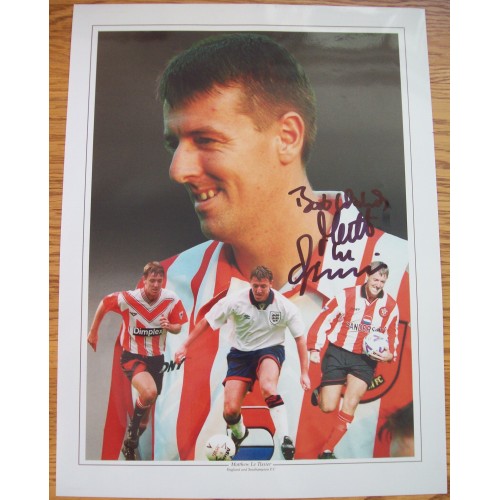 Matt is a retired English footballer who played for Southampton FC and England.An attacking midfielder with exceptional technical skills, Le Tissier is the second-highest ever scorer for Southampton behind Mick Channon and was voted PFA Young Player of the Year in 1990. He was the first midfielder to score 100 goals in the Premier League. He is notable for his record at scoring penalty kicks, converting from the spot 48 times from 49 attempts.