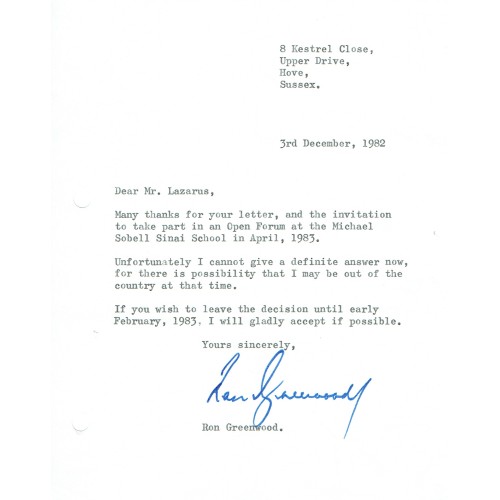 Ron Greenwood 8x6 inch TLS dated 3rd Dec 1982 replying to an invitation to a forum. Ronald Greenwood CBE (11 November 1921 - 9 February 2006) was an English football player and manager, best known for being manager of the English national football team from 1977 until 1982, as well as being manager of West Ham United for 13 years, a time during which the club gained much of its fame. His final role in football was managing the England national football team