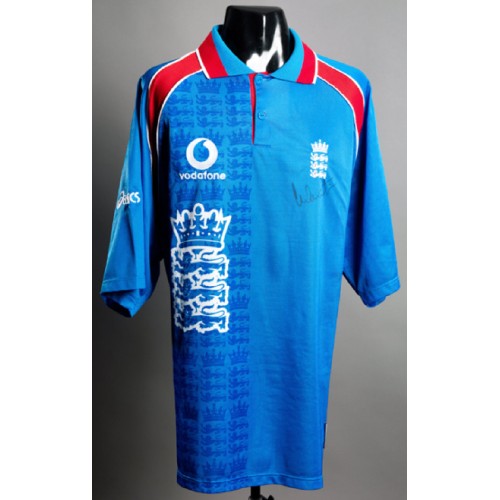 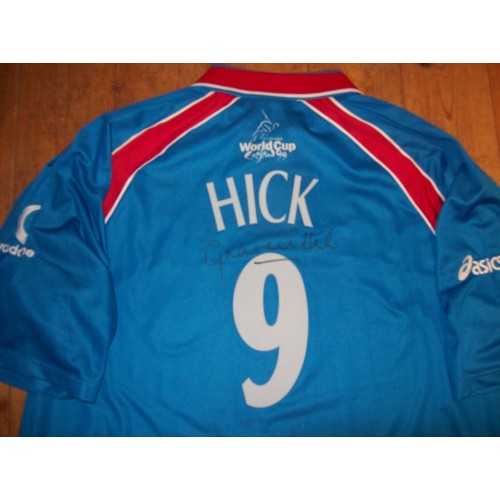 A signed Graeme Hick blue England No.9 1999 Cricket World Cup shirt,signed front & reverse in black marker pen; sold with a letter of authenticity from World Cup squad member Ian Austin confirming this was one of Hick's shirts from the 1999 World Cup which he signed and presented to the Lancashire cricketer.

Signed by Graeme Hick on reverse in black marker pen & Ian Austin to the front.