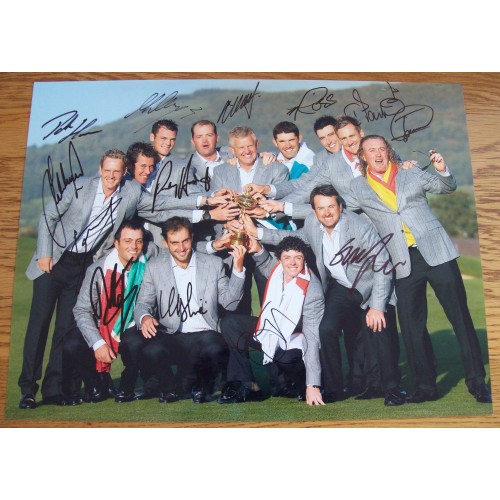 The 38th Ryder Cup was held 1–4 October 2010 at the Celtic Manor Resort in Newport, Wales. It was the 17th time the Ryder Cup had been staged in Britain, but the first time in Wales. It was played on the newly constructed Twenty Ten course, specifically designed for the event. The team captains were Colin Montgomerie for Europe and Corey Pavin for the United States.With the U.S. as the defending champion, Europe won by a score of 14½ to 13½ and regained the Cup. It was Europe's sixth victory in the last eight contests and their fourth consecutive home win. The event was plagued by bad weather with play having to be suspended twice. Having taken a 3-point lead into the singles matches Europe faced a U.S. fightback and the conclusion of the Ryder Cup 2010 went right down to the anchor match between Graeme McDowell and Hunter Mahan. Eventually McDowell defeated Mahan 3 & 1 to regain the Cup for Europe.