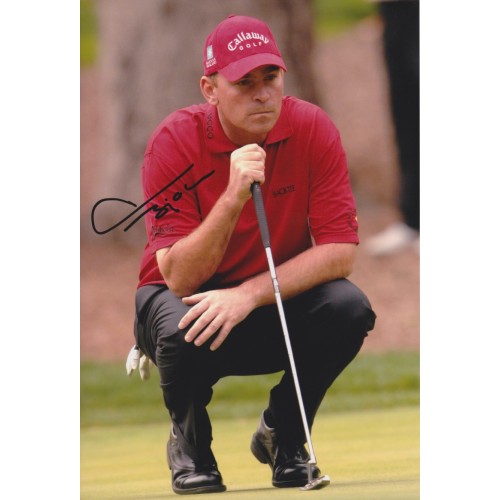 Thomas Bjorn (born 18 February 1971) is a professional golfer from Denmark who plays on the European Tour. He is the most successful Danish golfer to have played the game having won thirteen tournaments worldwide on the European Tour. In 1999 he also became the first Dane to qualify for a European Ryder Cup team, and the 2018 Ryder Cup Captain.