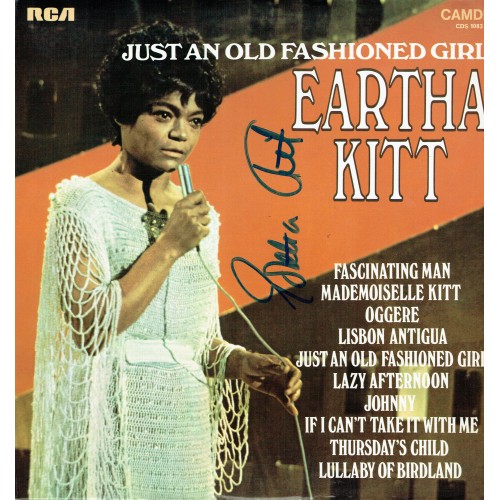 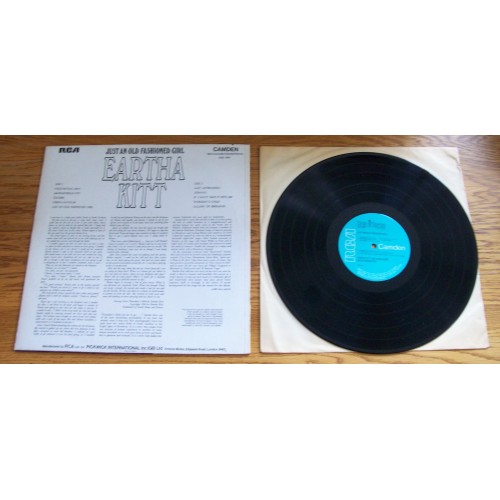 Eartha Kitt (born Eartha Mae Keith, January 17, 1927 – December 25, 2008) was an American singer, actress, dancer, comedian, activist, author, and songwriter known for her highly distinctive singing style and her 1953 recordings of "C'est si bon" and the Christmas novelty song "Santa Baby", both of which reached the top 10 on the Billboard Hot 100. Orson Welles once called her the "most exciting woman in the world". Kitt began her career in 1942 and appeared in the 1945 original Broadway theatre production of the musical Carib Song. In the early 1950s, she had six US Top 30 hits, including "Uska Dara" and "I Want to Be Evil". Her other notable recordings include the UK Top 10 hit "Under the Bridges of Paris" (1954), "Just an Old Fashioned Girl" (1956) and "Where Is My Man" (1983). She starred in 1967 as Catwoman, in the third and final season of the television series Batman. In 1968, her career in the U.S. deteriorated after she made anti-Vietnam War statements at a White House luncheon. Ten years later, she made a successful return to Broadway in the 1978 original production of the musical Timbuktu!, for which she received the first of her two Tony Award nominations. Her second was for the 2000 original production of the musical The Wild Party. Kitt wrote three autobiographies.  Kitt found a new generation of fans through her roles in the Disney films The Emperor's New Groove (2000), in which she voiced the villainous Yzma, and Holes (2003). She reprised the role as Yzma in the direct-to-video sequel Kronk's New Groove (2005), as well as the animated series The Emperor's New School (2006–2008). Her work on the latter earned her two Daytime Emmy Awards. She posthumously won a third Emmy in 2010 for her guest performance on Wonder Pets!.