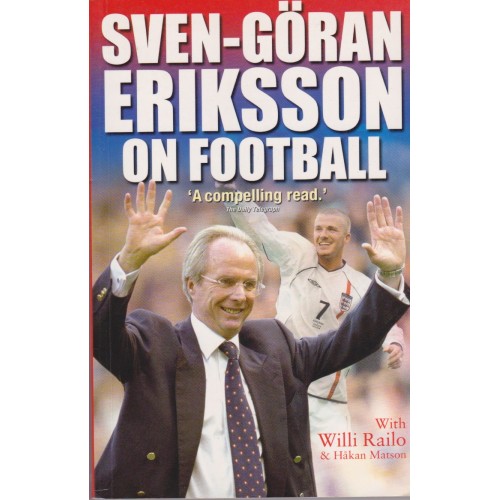 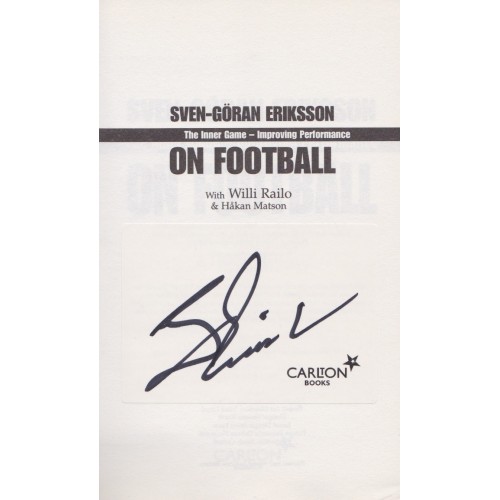 Place your bids now for this paper back copy of Sven's book with
his autograph on a bookplate in side the front cover.

Sven-Göran Eriksson (born 5 February 1948), commonly referred to just by his nickname Svennis in Sweden, is a Swedish football manager and former player. Eriksson won 17 major trophies as a manager, with a variety of league clubs in Sweden, Portugal and Italy, between 1979 and 2000, and became the first manager to win league-and-cup doubles in three different countries. He later managed the national teams of England, Mexico and Ivory Coast, and three clubs in England. He is currently the manager of Chinese Super League club Shanghai SIPG.