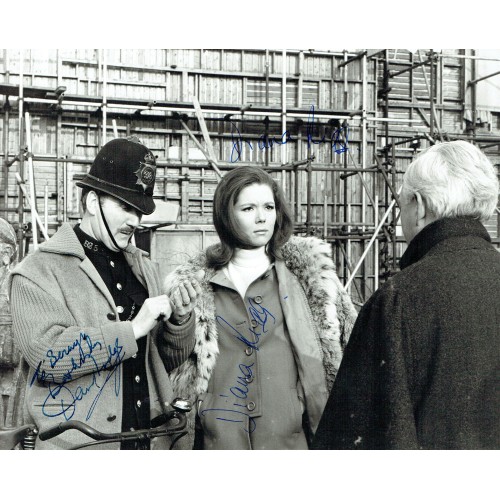 The photograph is an on set 1st April 1967 "Epic" A demented movie mogul with an Eric von Stroheim fixation lures Mrs Peel to an abandoned movie studio, to star in a film of her own death. Staring: Peter Wyngarde, Isa Miranda, Kenneth J. Warren, David Lodge.