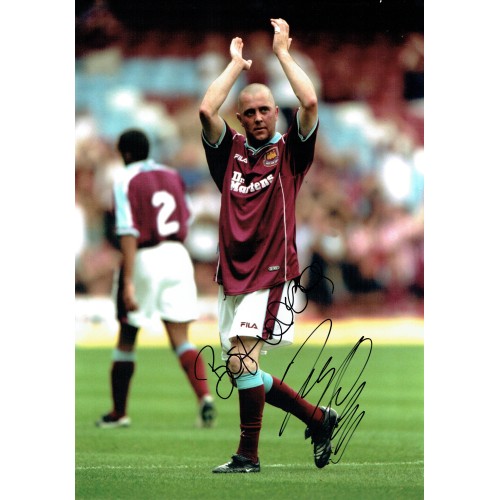 .Julian Andrew Dicks (born 8 August 1968), is a retired football player and manager, last attached to Isthmian League Division One North club Grays Athletic. He played left-back for Birmingham City, West Ham United (twice), Liverpool and Canvey Island. He was known as a "hard man" (his nickname was "The Terminator") and tough tackler in possession of a cultured left foot and a fierce shot in regular demand as a penalty and free-kick taker. He scored 10 goals for West Ham in the 1995-96 season, which is the best return for a defender in the Premier League. He was voted West Ham's player of the year four times between 1990 and 1997.