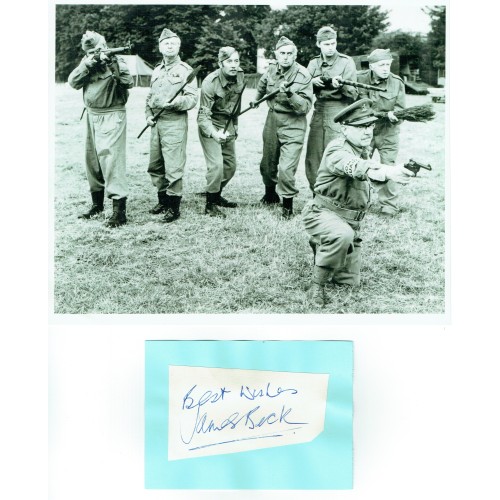 Dad's Army is a BBC television sitcom about the British Home Guard during the Second World War. It was written by Jimmy Perry and David Croft and broadcast on the BBC from 1968 to 1977. The sitcom ran for 9 series and 80 episodes in total, plus a radio version based on the television scripts, a feature film and a stage show. The series regularly gained audiences of 18 million viewers and is still repeated worldwide.

The Home Guard consisted of local volunteers otherwise ineligible for military service, either because of age (hence the nickname "Dad's Army") or by being in professions exempt from conscription. Dad's Army deals almost exclusively with over age men and featured older British actors, including Arthur Lowe, John Le Mesurier, Arnold Ridley and John Laurie. Younger members in the cast included Ian Lavender, Clive Dunn (who played the oldest guardsman, Lance Corporal Jones, despite Dunn being one of the youngest cast members), Frank Williams, James Beck, (who died suddenly during production of the programme's sixth series in 1973) and Bill Pertwee.