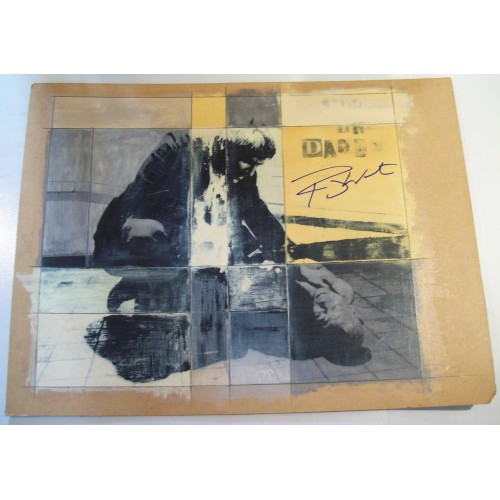 A really rare and unusual piece of hardboard that has been put together Ray Winstone Signed 'Scum' original art board 26x18 inches, signed by Ray Winstone in blue marker pen at BBC Radio 2 in 2017.

Ray is an English film and television actor. He is mostly known for his "tough guy" roles, beginning with that of Carlin in the 1979 film Scum, and is also known as a voice over actor. More recently he has branched out into film production. His film résumé includes Nil by Mouth, Sexy Beast, Cold Mountain, King Arthur, The Proposition, The Departed, Beowulf, Indiana Jones and the Kingdom of the Crystal Skull and Edge of Darkness.