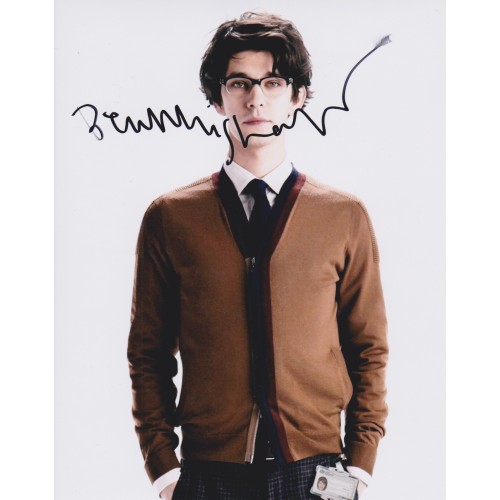 An 8x10 inch photograph of Ben Whishaw as the new "Q" from Bond.
Signed by Ben Whishaw in black marker pen.

Benjamin John "Ben" Whishaw (born 14 October 1980) is an English actor.
He is known for his stage role as Hamlet, as well as his roles in the television series Nathan Barley, Criminal Justice and The Hour and film roles including Perfume: The Story of a Murderer, I'm Not There, Bright Star, Brideshead Revisited, and Cloud Atlas. He played the role of Q in the James Bond film Skyfall.