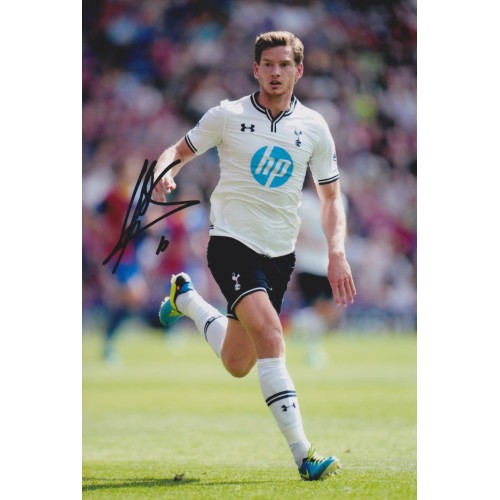 Jan Bert Lieve Vertonghen ( born 24 April 1987) is a Belgian professional footballer who plays for Primeira Liga club Benfica and the Belgium national team. Mainly a central defender, he can also play as a left back.

He began his senior career at Dutch club Ajax in 2006 and totalled 220 games and 28 goals for them across all competitions, serving as their captain from 2011 to 2012. He won two Eredivisie and two KNVB Cup titles during his time at the club, and in 2012 he was named Dutch Footballer of the Year. Vertonghen transferred to Tottenham Hotspur in July 2012, and made the PFA Team of the Year in his first Premier League season. He made 315 appearances for Spurs over eight years, and won their player of the year award in 2018.