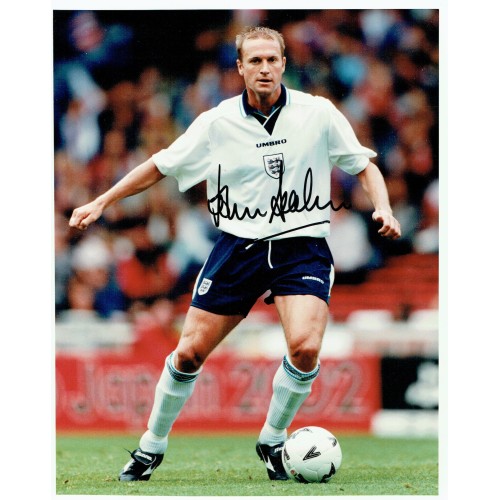 Bid now for this 8x10 autographed photograph of John Scales in action for England 1995.

John Robert Scales (born 4 July 1966 in Harrogate, North Yorkshire) is an English former professional footballer who played as a central defender from 1984 to 2001. He notably played in the Premier League for Wimbledon, Liverpool, Tottenham Hotspur and Ipswich Town as well as playing in the Football League for Bristol Rovers. He was capped 3 times by England.